EATING BY BLOOD TYPE: Does It Work? 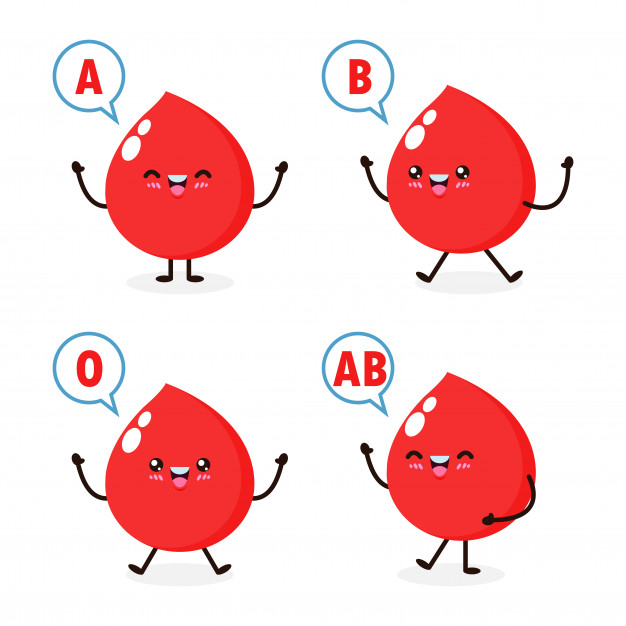 It may sound very logical when you say "Eating by Blood Type". Because one of the first recognizable genetic diversity in humans is our blood groups. Genetic diversity is also the most important factor that sets people apart and makes each individual "unique". Considering that the genetics of each individual are different, it is inevitable that people will be affected by the consumption of the same nutrients in different ways. In other words, there is no one-size-fits-all diet. For this reason, the fields of nutrigenetics and nutrigenomics were born in the world of science and scientists started to work on personalized nutrition and give results. Considering all of this, COULD IT REALLY WORK with what is described in "Eat Right 4 Your Type", published by D'Adamo in 1996 and sold over 7 million copies in more than 60 languages?

WHAT DOES THE BOOK SAY?

The Blood Type Diet recommends that individuals eat according to ABO blood groups and lectin types, which are carbohydrate-binding proteins found in almost all foods, to improve their health and reduce the risk of chronic disease (1).

Those with blood type O were regarded as the blood type of the first humans, so a low-carbohydrate diet with high animal protein, specific to the hunter-gatherer era, was recommended (1).

Since it is thought that the A blood group was born when agricultural societies were formed, it was stated that a diet that does not contain dairy products should be close to vegetarianism (1).

People with blood type B have been advised to consume meat and dairy products because it is believed that this blood group originated in nomadic tribes (1).

Finally, it has been stated that individuals with AB blood type can benefit from a diet according to those recommended for group A and group B (1).

WHAT DO THE SCIENTIFIC STUDIES SAY?

In a study of 1,455 people who first tested the validity of the 'Blood Type' diet, individuals were classified according to their diet and changes in blood values were monitored (2).

Positive changes were observed in serum cholesterol, triglyceride, insulin and BMI values in those who followed the A group diet.

Decreases in some biomarkers were also detected in the AB group.

In group O, a low triglyceride level was observed. No change was detected in group B.

Since these people are classified according to their diet rather than blood groups, there are individuals from all blood groups, not only those with blood type A, among those who make a group diet. This shows us that the A blood group diet also benefits the person with another blood type.

The relationship between adherence to a group A diet and positive changes in blood values is not surprising because this diet is high in consumption of various fruits and vegetables and poor in animal products, similar to the recommended diet for heart health.

The result of this study shows us that adhering to certain 'Blood Type' diets causes some positive changes in individuals, but these changes are not related to an individual's ABO blood group (2). If it had anything to do with blood types, only those with blood type A would benefit from the group A diet.

In another study, 973 overweight / obese adults were classified according to a diet specific to 4 blood groups. It was found that individuals showed improvement in cardiometabolic risk factors after 6 months of dietary intervention, but similar to the previous study, the findings were not related to the diet specific to the ABO blood group (3).

In another study, 1415 articles examining the health benefits of nutrition according to blood type were examined and no studies showing the health effects of ABO blood group diet were found (5).

Eating is an action that all people do every day. Therefore, everyone will always have something to say about diet and new books will continue to be published. So how do we discern the right thing in this pool of information? Of course, by following the results of scientific studies with high level of evidence.

Although the book was published in 1996 and according to the author, there are many people who follow the diet and change their lives but there are no scientific studies published by the author. However, the author could easily publish a study by collecting the blood values or weight loss of the people he applied this diet as data, and he could definitely prove that this diet worked.

It is true and already known that there is a relationship between blood types and some diseases. For example, those with blood type O have a lower risk of cardiovascular disease, and those with blood type B have a lower risk of type 2 diabetes. These findings show the potential importance of the ABO blood group in changing the disease risk (3). However, little is known about whether ABO blood groups will alter an individual's response to diets, and scientific studies so far suggest that the benefits of diet have nothing to do with blood type specificity.

Individuals who have followed this diet and benefited may have abandoned their previous unhealthy diets and switched to this diet. There are no unhealthy foods in blood group diets anyway. He also recommends that you avoid processed foods and exercise. Therefore, individuals who follow this diet instead of eating healthy will get benefits. However, this does not indicate that the blood type diet is a miracle.

Also, in the book, ABO blood groups are mentioned not only from their diets, but also from their personality traits and the types of exercise they should do. Reference is also not provided for any of the exercise recommendations.

It is strongly emphasized in the book that the blood type of the first people was 0. However, anthropology studies have not yet been able to determine exactly which blood type is the oldest. There are theories also stating that the first humans might have AB blood type (2). In this case, diets recommended for people AB and group 0 may be mixed with each other.

Finally, although our most clinically known blood groups are ABO, we have many different blood groups such as MN, P, Secretor, Factor Q, Rh (2). In blood and organ transplantation, only ABO blood group may be important, but each individual differs from other individuals with all genes and different blood group types. In other words, it is not possible to analyze the genetics of a person by looking only at the ABO blood group. Therefore, there is no reason for us to apply the ABO blood group diet to humans due to the lack of scientific data. In the future, the fields of nutrigenetics and nutrigenomics will give us more insight into personalized nutrition, we should wait and continue to rely on science.